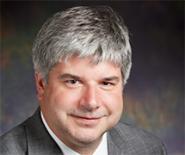 TCIPG Principal Investigator William H. Sanders was one of six University of Illinois at Urbana-Champaign faculty members elected 2014 Fellows of the American Association for the Advancement of Science. The other recipients were Placid M. Ferreira (Mechanical Science and Engineering), Brendan A. Harley (Chemical and Biomolecular Engineering), Joseph W. Lyding (Electrical and Computer Engineering), Phillip A. Newmark (Cell and Developmental Biology), and Dan Roth (Computer Science).

The Illinois researchers are among the 401 new fellows chosen for their efforts to advance science applications that are deemed scientifically or socially distinguished. The new fellows will be honored at the AAAS annual meeting in February 2015.

“These are extraordinary faculty members who are making great contributions in their fields. They are innovators and educators who are committed to addressing the grand challenges of our society. They are prime examples of the scholarship, ingenuity and quality teaching that are Illinois hallmarks,” said Ilesanmi Adesida, the vice chancellor for academic affairs and provost of the Urbana-Champaign campus.

Sanders, the Donald Biggar Willett professor and head of electrical and computer engineering at Illinois, was cited for the development of fundamental theory and practical techniques to ensure that societal-scale distributed computing systems are trustworthy. He was the founding director of the Information Trust Institute at Illinois, which provides national leadership in trustworthy and secure information systems. He directs the DOE/DHS Trustworthy Cyber Infrastructure for the Power Grid project, which aims to make the U.S. power grid secure and resilient.

Sanders earned his Ph.D. from the University of Michigan in 1988 and joined the Illinois faculty in 1994.  Sanders is also a fellow of IEEE and the Association for Computing Machinery. He is affiliated with the Coordinated Science Laboratory at Illinois, where he served as director from 2007 until becoming the electrical and computer engineering department head in 2014.