Our quality of life depends on the continuous functioning of the nation’s electric power infrastructure. That, in turn, depends on the health of an underlying computing and communication network infrastructure that is at serious risk from both malicious cyber attacks and accidental failures. Risks may come from adversaries who gain access to control networks or launch denial-of-service attacks on the networks. They can also come from accidental causes, such as natural disasters or operator errors.

The Trustworthy Cyber Infrastructure for the Power Grid (TCIPG) project, a unique partnership of four academic institutions, was formed to meet those challenges. We continually collaborate with national laboratories and the utility sector to protect the U.S. power grid by significantly improving the way the power grid infrastructure is designed, making it more secure, resilient, and safe.

In both technology and impact, TCIPG is a successful partnership of government, academia, and industry. 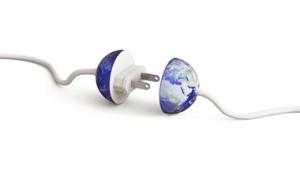 Back in 2005, the electricity sector was largely “security-unaware.” Thanks in part to TCIPG, there has since been widespread adoption of security best practices. TCIPG led that transition through conducting breakthrough research, by participating on national panels, and in drafting key documents. However, because the threat landscape continuously evolves, resiliency in a dynamic environment is key. TCIPG will continue to lead the way.

TCIPG is funded by the Department of Energy Office of Electricity Delivery and Energy Reliability (DOE-OE) and the Department of Homeland Security Science and Technology Directorate (DHS S&T) as part of the DOE Cybersecurity for Energy Delivery Systems (CEDS) portfolio. It is the successor of an earlier project established with funding from the National Science Foundation in 2005. In June 2014, TCIPG entered the fifth year of its five-year period of performance.